DIY Give Thanks Banner

During my time on Pinterest, I’ve seen a bajillion cute Thanksgiving decor ideas. Here’s a couple…

But I wasn’t satisfied to do either one of these, even though they are both cute. I’ve been loving bunting lately. So I took the rustic feel from the first one, and the banner/phrase from the second. And came up with this! 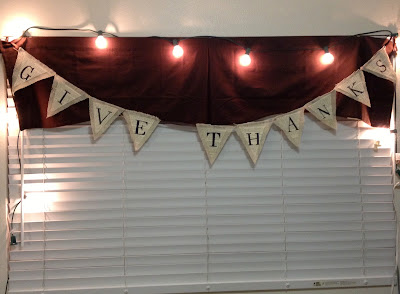 And here’s how to do it! 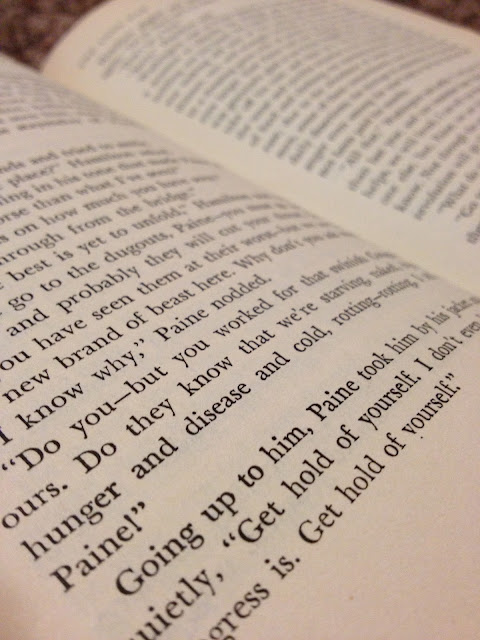 2. Rip out as many pages as letters. Then cut into triangles. I typed up the letters, printed them out. Then just hand drew my letters, some are a little sloppy. But I like it. Adds character…right? 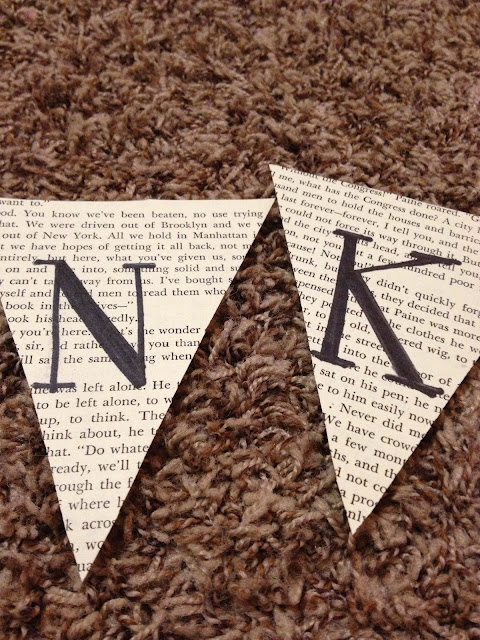 3. Lay out the letter triangles on burlap, and cut out a triangle in the burlap. Obviously make it bigger than your letters or you won’t see it. 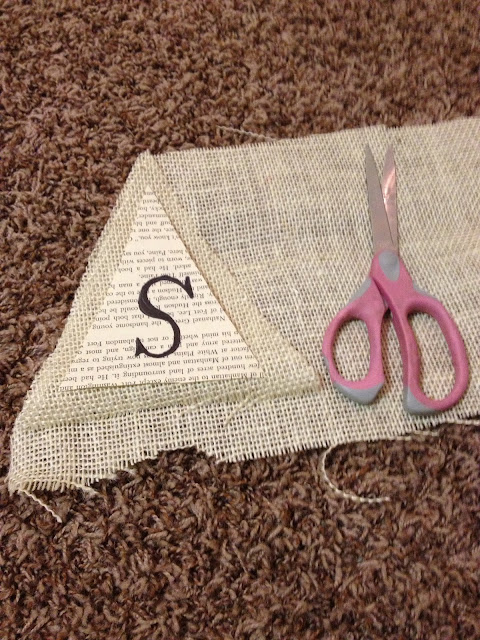 I used the same triangle as the template for all of them. (Although I don’t think any of them turned out the same size.)

4. I just used tacky glue to stick the letters to the burlap, then the burlap to a ribbon. I put the corners of each letter together. 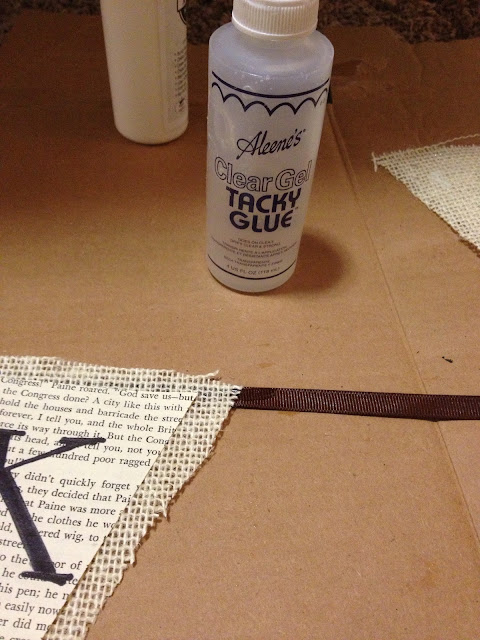 And I wish I had a fancy mantle to hang it from, but our window will suffice! It was fun, and it’s helping me remember to slow down for Thanksgiving, instead of skipping to Christmas. Even though other parts of the house say it’s Christmas. For example, exhibit A…the fridge.

And exhibit B…next to the fridge. The laundry. 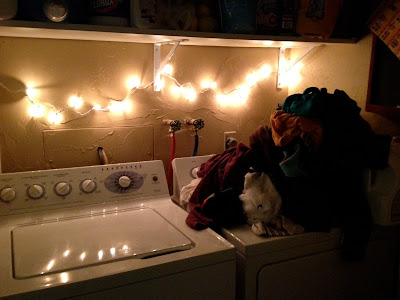 But that’s why people say Happy Holidays right? They don’t want to say Merry Christmas too early, but they can secretly say it by saying Happy Holidays. Because that includes Thanksgiving…maybe…

It was at Thanksgiving Point, in Lehi. About 500 people attended, and the guests/stars/presenters were some of my new favorite people. My friend/old roommate Kayla came with me. There were booth set up, some samples, sweepstakes, etc. Then the show started. They each did a cooking demo, and talked a little bit about their cooking style.
It started with Karen, the creator of the 365 Days of Slow Cooking Blog. I don’t use a crockpot very often..ok let’s be honest. I’ve used it once. But she gave some awesome tips on how to use one without getting dry chicken, soggy food and also how to make oatmeal in there. So I may have to bust mine out and see what I can whip up!

Next, the lovely ladies (and sisters) at Favorite Family Recipes. I LOVE this blog, AND I have their cookbook. Their most visited recipes are their restaurant copycats. (which are bomb) They gave some good tips on figuring out a restaurants recipe. And I bought what I need to make their Nothing Bundt Cake copycat recipe.

Third was Valerie Phillips, who is the author of a soup cookbook called Soup’s On. I felt bad, her quick and easy soup demo didn’t end well, the burners didn’t work and her soup didn’t get hot! I’m not sure I’ll really use her recipes. (at least the ones she showed) They both had a whole block of cream cheese in it!

And last was The Food Nanny from BYUTV, Liz Edmunds! She was so great! She talked about her plan, which is actually pretty awesome.

So it’s a plan, but not strict. She explained that the hardest part of cooking dinner is coming up with what to cook! I find that to be SO true. I actually enjoy cooking, but when I get home from work and haven’t thought about what to eat, I get discouraged and just want to eat cold cereal. When you have a “genre” of food to choose from, it is automatically easier to decide. AND another thing she does, which I want to start doing. You plan meals for two weeks, and go shopping for those two weeks. You’ll have everything you’ll need, nothing goes bad and you have your meals planned!

I feel inspired and am excited to try some new things! Happy cooking!
0

First and foremost, my job is awesome. Just thought I’d throw that out there. And work is part of what made our Halloween fun!

We were having a Halloween lunch, and trick or treaters come later on in the day, so we were supposed to dress up. And as many of you have seen…I dressed up as Flo from the Progressive Ads. It was fun to see everyone’s reactions when they realized who I was. And since I’m new at work, I’m pretty sure I will be forever known as Flo. 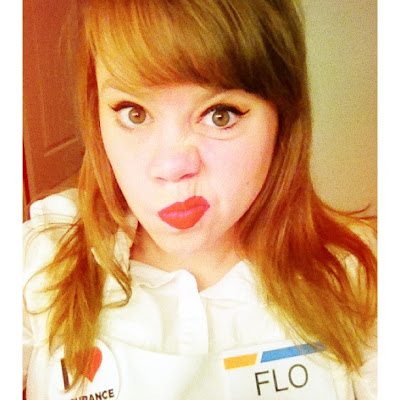 We had a potluck lunch and ate too much candy. We also played Mafia. Yes, at work. Then I picked up Nathan and he joined me for the trick or treaters. Everyone at work brought in their kids, and we decorated our offices and passed out candy.

So that was fun, and we got to give chocolate covered pretzels out to cute little kids. After work, we didn’t have anything to do. Pretty cool. We picked up dinner from Guru’s and headed home. We ate dinner while we watched Charlie Brown’s The Great Pumpkin. We then changed out of our costumes and carved pumpkins while listening to the Halloween Party station on Pandora. We had a lot of fun, even though we didn’t go anywhere.