Nathan finished up the quarter and has two weeks off. We decided to take a road trip. We left Tuesday right after his classes and headed to Portland. Ruby came of course and actually did really well in the car. 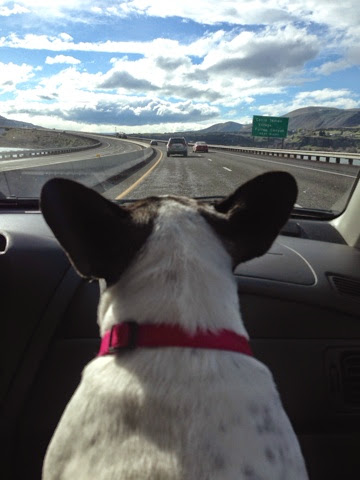 We got into Portland and to my sister Darcey and brother in law Jason’s place. We talked, ate dinner and played a round of Spot It with Asher too! If you haven’t played Spot It, you need to. It’s such a simple and fun game. People of just about any age can all play together. Marshall and Ashley Merrill introduced us to it, and we LOVE it.
Darcey made us raspberry sorbet and we were off to bed. Thanks Asher for letting us use your room.

The next morning after breakfast we started down to Roseburg to visit the Hayes. We stopped in Eugene and let the Rubster play at a dog park. We met a cute old couple there, who was so excited for Nathan to be doing nursing. He had also worked from Batelle at he beginning of time. Haha. We drove past the Oregon football stadium and continued on our way. There were a million sheep and tulips. Here’s a stinky picture taken as we’re flying down the freeway of some tulips. Haha. 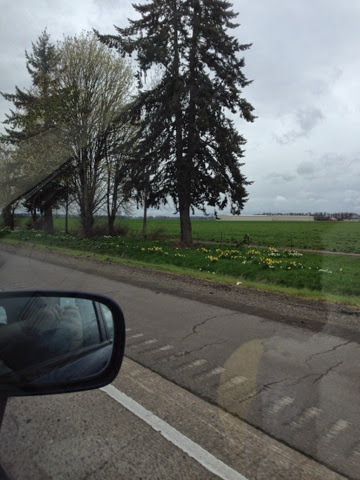 We made it to cute little Roseburg. The Hayes house is beautiful! It was so good to see them! We chatted with Momma Hayes for a bit and she suggested we take a walk downtown to the antique shops.
After we got back, we finished helping with dinner. Tacos of course.

We played hand and foot, did some energy profiling, then off to bed. 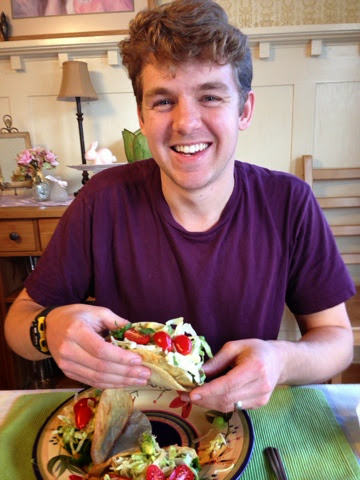 The next morning we drove over to Lincoln City. I totally recommend Sailer Jacks. It’s a small motel. It’s very clean, we had a balcony too. And pet friendly. There are stairs that go down to the beach. We put our stuff inside then headed down to the beach. 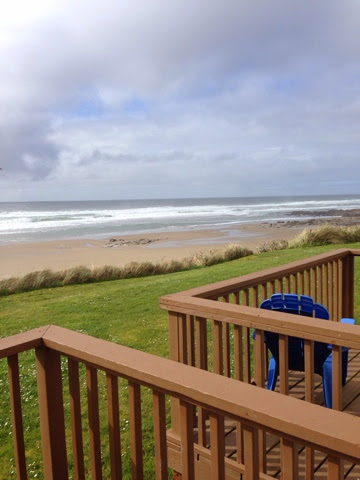 We planned the drive so we’d arrive during low tide. So we were able to check out the tide pools. It was a lot of fun! Nathan found some cool shells and Ruby sniffed up a storm. 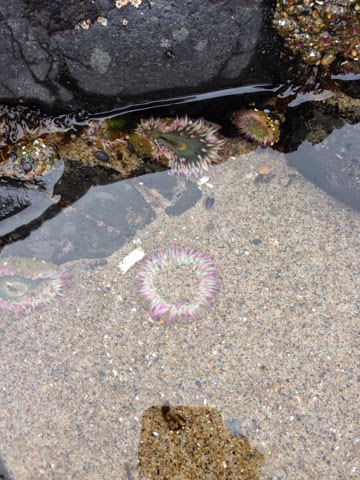 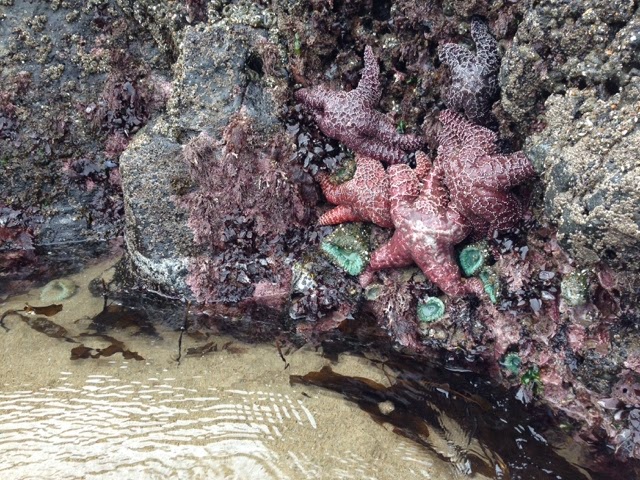 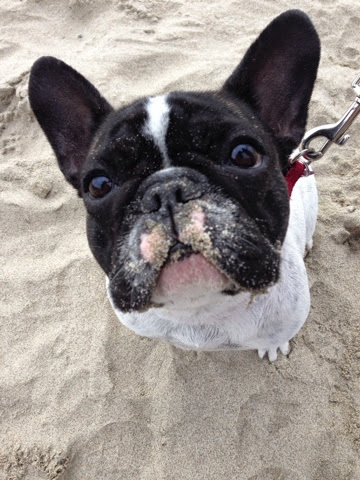 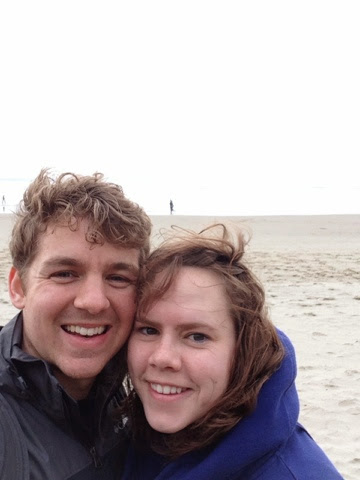 We had dinner and checked out a thrift store. We walked around for awhile and headed back to our room.
The next morning we ate breakfast in our room while looking out over thre super stormy ocean. We hit up the thrift shops and got a few things. Then we were off to our next stop..Tillamook.
We couldn’t resist the squeaky cheese and ice cream. We felt terrible the rest of the drive.

not worth it, stomachs wanted to explode. Haha. We stopped in Portland again to say hi to Darcey. And then made it back to the Tri-Cities.
We had a really good time on our quick trip. We want to go back to Sailer Jacks and stay longer next time.