Nathan starts school at UVU on Monday. As he says, this is his last week of freedom. This week has been running around trying to get tuition paid, books bought, getting school supplies and trying to have fun. (we don’t have to try very hard.) We had his orientation, we’ve walked around and found all his classes and now his books are all on our coffee table. He’s ready to go. To get away from school, before it even begins, we went to SLC. We were given a Cheesecake Factory gift card for our wedding, and we finally got to use it. There’s a Cheesecake Factory in Murray, so that’s where we started for lunch. Our waiter was hilarious, and the food was delicious. For dessert, we obviously had cheesecake. I had red velvet cheesecake, and Nathan had some kind of oreo explosion.

They were both very good, but I think we were both happier with our own. After we were full to the brim, we walked around the mall. And I have to say, I’m really surprised at the stores that I’ve seen in this area. When we were at City Creek, and then at this mall in Murray…some serious stores. J. Crew, Banana Republic, Express, Tiffany & Co., Porsche Design. I mean…seriously…people have money to shop at these places? We enjoyed window shopping and trying on makeup at Sephora. (Wait…I enjoyed it.) We also went to the Art of Shaving. Nathan’s become fascinated with straight razor shaving, and they had a store in the mall dedicated to it. (Put that on the Christmas list)

After the mall, we headed over to Capital Theater in SLC to try to win Wicked Tickets. Again. I almost think that trying to win tickets is almost worse than just not getting tickets. You enter your name on a piece of paper that’s thrown in a cauldron, stirred and then 10 names are drawn. The anticipation is terrible! The little girl next to us got her name called. She was crying she was so happy! Our name wasn’t called, I was crying because I was so sad. Just kidding. I didn’t cry, but I was pretty sad. I really wanted Nathan to be able to it! I had seen it in high school, with some awesome friends. We decided we’d just come home.

Oh, I forgot. At orientation, we set up Nathan’s ID card as a debit card. And when you do that, you get a free starving student card. A starving student card is pretty awesome. It’s a bunch of free stuff, two for ones, and sweet deals to places around town. So today, while we were taking stuff to recyling and getting school supplies (and a tennis ball for the dogs), we picked up one of our free items! There’s a little place called Juice Press, and they make really good smoothies. And we got one for free! We decided we couldn’t share and bought one as well. The flavors we picked were Max Green, and Green Delicious. They were both pretty bomb. Gotta admit, I liked Nathan’s more. His was spinach, pineapple, peach..and some other stuff. Mine was raspberry, spinach and some other stuff. 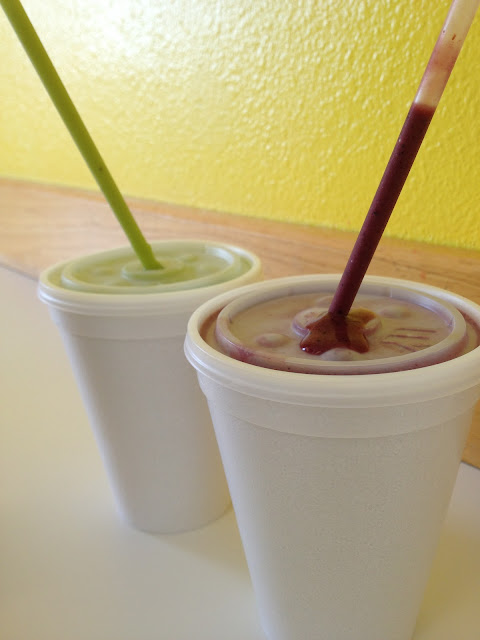